In the pre-independence period, Kolkata, being the capital of the country and strategically located sharing international borders with Bangladesh on its East, Nepal and Bhutan to its North, and was the main gateway for exports to the North-Eastern part of India, as well as to other countries.

After independence, during the pre-liberalisation era the whole country suffered from BoP (Balance of Payments) crisis. While in the post-liberalisation period, adapting the Laissez-Faire Policy, Indian Government was mostly focused on privatisation - by lowering taxes, by withdrawing other economic as well as non-tariff barriers, etc. Since then the country has been more open to FDIs (Foreign Direct Investments). The liberalisation led to increase in growth rate, better BoP conditions with Floating Exchange Rate from the Fixed Exchange Rate regime.

A country's balance of trade is defined by its net exports (exports minus imports) and is thus influenced by all the factors affecting International Trade, which include – Factor Endowments and Productivity, Trade Policy, Demand, Inflation, Exchange Rates, and Foreign Currency Reserves (last three factors are not under the purview of State Government). Both goods and services (GDP) are counted for exports and imports, as a result of which a nation has a balance of trade for goods (also known as the Merchandise Trade Balance) and a balance of trade for services.

Year-wise GDP and GSDP comparison for India and West Bengal 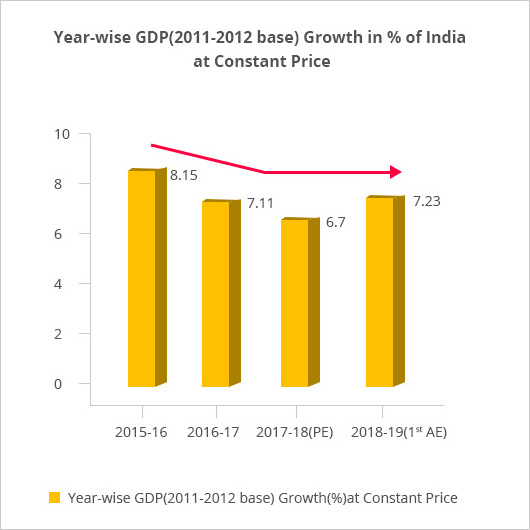 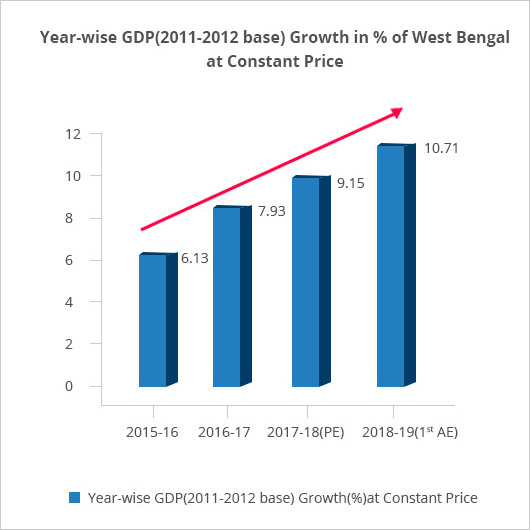 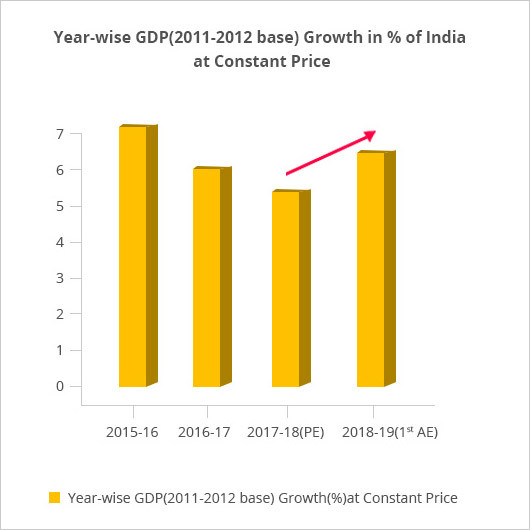 Percentage Share of Gross Value Added - GVA and Gross State Value Added – GSVA Growth (%) of India and West Bengal at basic price by Economic activity at Current price at base, 2011-12

Percentage Share of Gross Value Added - GVA and Gross State Value Added – GSVA Growth (%) of India and West Bengal at basic price by Economic activity at Constant price at base, 2011-12 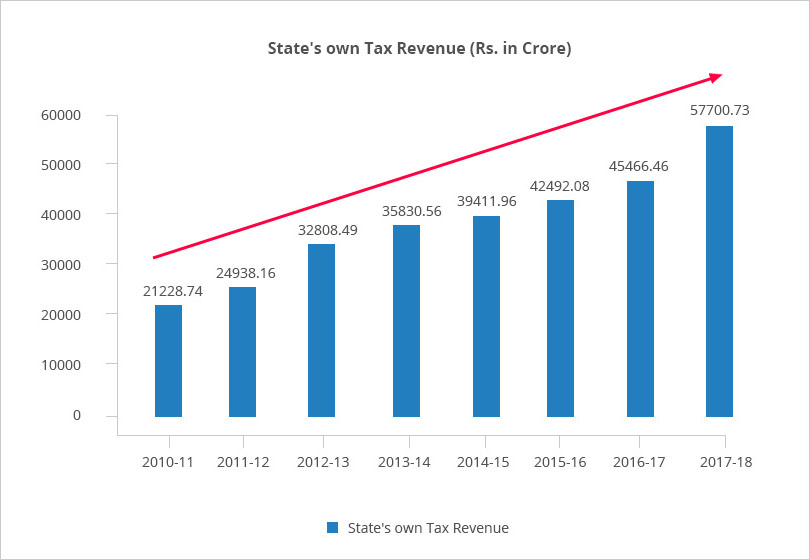 The State offers a number of policies and schemes, which directly or indirectly, focuses on improving the Trade scenario.

West Bengal has a consumer base of 91.3 million, with a population density of 1,028 Persons per Sq. Km.

Export Scenario of the State

According to World Bank, the Export of goods and services currently (2017) accounts for about 41% of India’s total GDP. Historically, it is proven that the growth in the Exports has led to betterment of the GDP figures of the country. From FY 2010-11 to FY 2017-18, there has been a significant increase (38%) in the merchandise exports from the State with CAGR 4.71%. During the same period, the State’s share in Indian merchandise exports has also increased (13%). In FY 2017-18, the total merchandise export value of the state of West Bengal was US$ 9290.32 Million. The Top Ten Commodities in terms of ITC HS Code exported from West Bengal during the same period, along with the top 3 export markets, are as follows:

The Top Ten Principal Commodities (PC) exported from West Bengal during FY 2017-18, along with the top 3 export markets, are as follows:

Government Bodies working for the betterment of Exports